Learn After Effects in 8 weeks 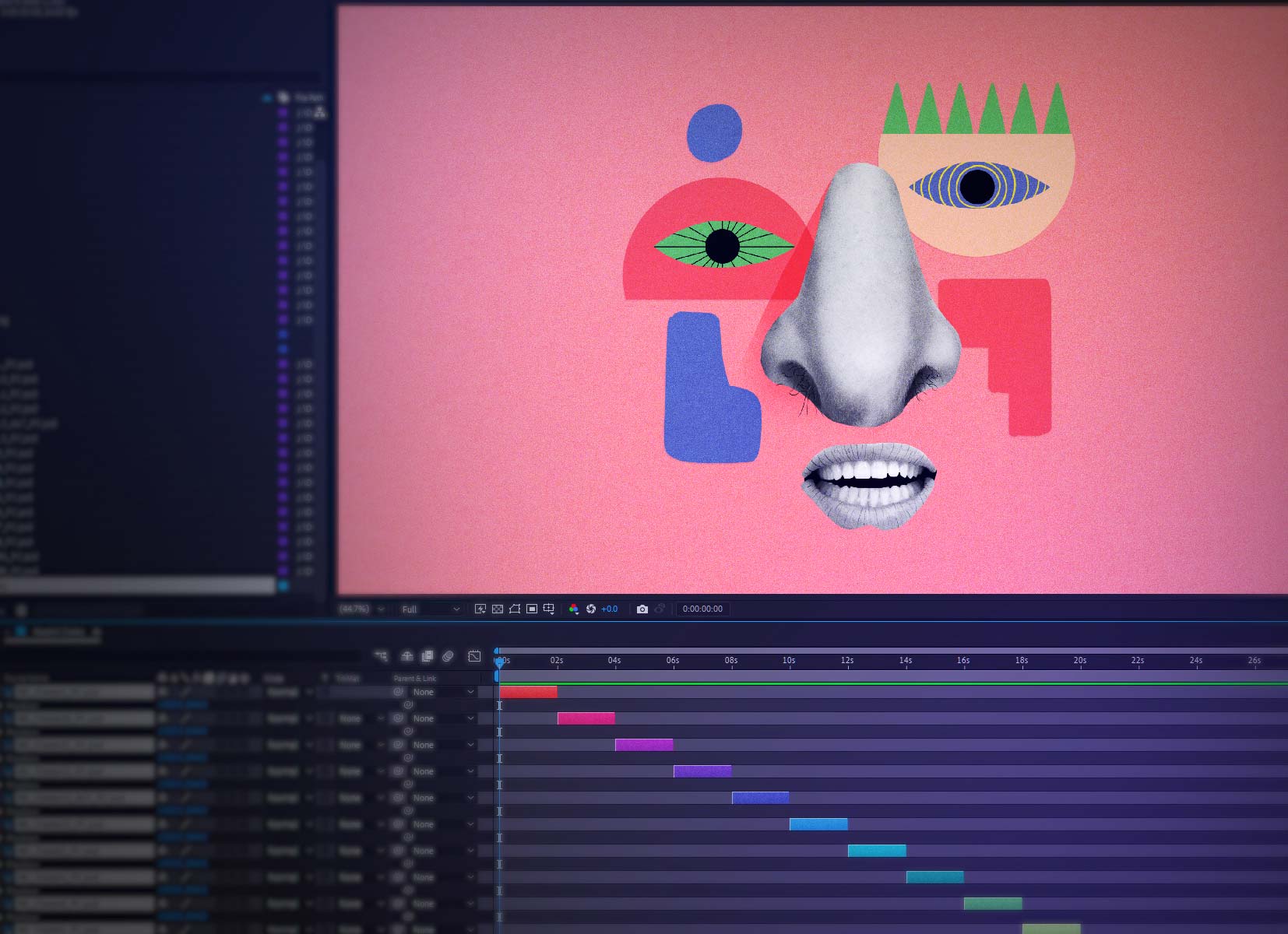 Learn the After Effects interface

This might be your first time using After Effects, but that doesn’t mean we’re going slow. Meet your classmates, get comfy with the course format, and then we’re getting to work. Nol will guide you step-by-step through your first AE animation, helping you learn and master the basics.

Your first two big lessons are designed to get you into After Effects as fast as possible. Start working with sound, and create your first kinetic type piece. By the end of this week you'll understand how to navigate in AE with more confidence, set keyframes, and start learning the importance of timing in your animations.

This week we’re bringing in two heavy hitters: Photoshop and Illustrator. By the end of these lessons, you’ll be able to plan more complex animation, bring your Ps and Ai artwork to life, understand and use masks, perform color correction, and gain a basic understanding of rigging.

Our courses are intense, so we built in these focus weeks to give you a chance to finish any work you haven't gotten to. Explore bonus content that includes a pep talk/morale booster about the journey of becoming a motion designer. We’ll also share tips on getting organized in AE, streamlining your workflow, and some geeky tidbits that you didn't know about After Effects.

This week you'll dive into the world of Shape Layers, an incredibly powerful toolset built into After Effects. By the end of the lesson, you’ll be able to create artwork in AE using Shape Layers, Strokes, the Pen Tool and more. You’ll also have a solid understanding of Track and Alpha Mattes, and explore different types of keyframes and motion paths that allow to customize and create amazing animations.

Put it all together

It's time to put all of your new knowledge to good use! It's up to you to animate a full :30 spot over the next few weeks to show off your MoGraph skills. We’re expecting a professional product for your final project! We’ll also introduce you to 3D tools in AE, and give you a taste of the graph editor. 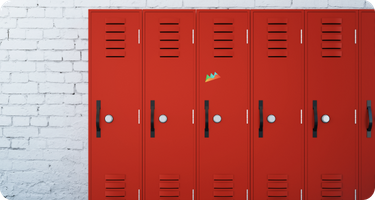 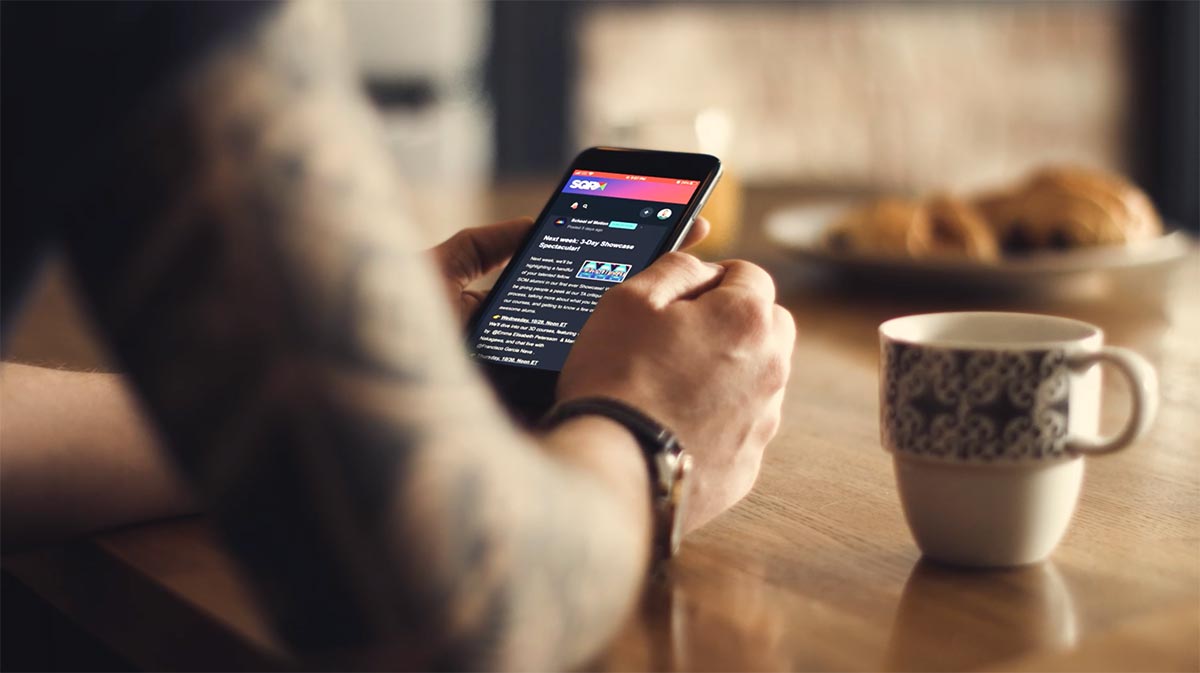 The final 2 weeks of class are Extended Critique. You can use this time to catch up, complete your final project, then turn it in for critique. 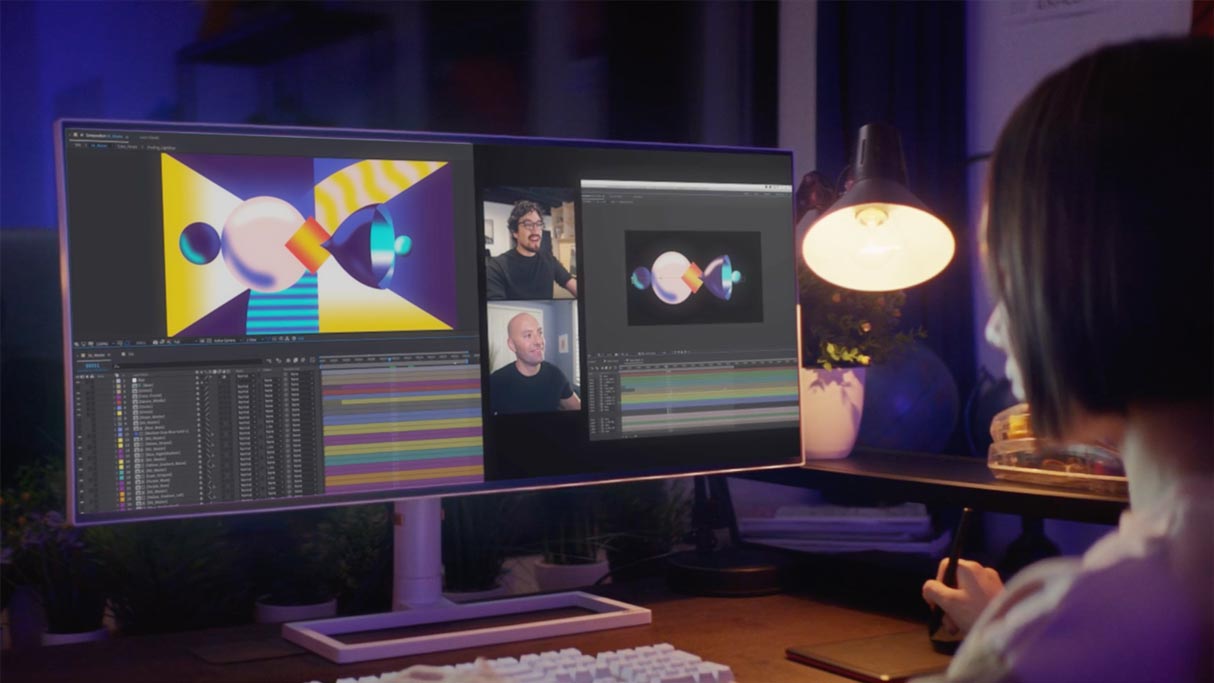 School of Motion courses are unlike anything you've ever experienced. Along with world-class training, you'll also get 1-on-1 feedback from an industry pro, a 24/7 network of likeminded artists, and more support than you'll know what to do with.

Over 17,000 artists have taken School of Motion courses, find out what all the hype is about.

What makes us different?

Join artists from around the world on our custom learning platform. Never learn alone, as you’ll have immediate access to a forum of fellow students to share work, ask questions, and improve together.

Exercises and project files for every lesson

Each course comes packed with free project files, assets, and additional material to keep you learning and growing long after the course ends. Our exercises are designed from real world briefs, so you’re learning the skills you need to excel on your next project or venture.

Technical and creative support along the way

You’ll be assigned a Teaching Assistant with years of experience in your chosen course. They’ll provide technical and creative feedback to guide you through new skills, improve your techniques, and provide encouragement along your journey.

Completing a course isn’t just about bragging rights. Once you’ve completed at least 70% of your work in a given course, you’ll earn a verified credential that can show current and future employers exactly what you’ve accomplished.

We all need a refresher now and again, which is why you’ll keep access to your course—and all the assets and project files—for the rest of your life. Come back to listen to exclusive interviews, review old lessons, and try out new techniques using your old assets.

You’ll gain instant access to our alumni platform, The Square. Here you can network with professional artists at every stage of their career. You’ll get access to new job opportunities and exclusive alumni events, such as meetups, virtual hangouts and reel reviews. 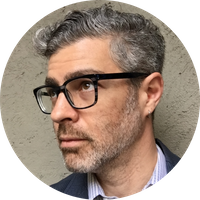 Nol Honig is a director, designer and animator in New York City. Since founding The Drawing Room in 2013, Nol has directed work for Coca Cola, The History Channel, The Philadelphia Museum of Art, Frame.io, and others, and served as a design/animation lead for various clients including MTV and YouTube.

As a freelancer, he has worked at some of the best studios in NYC including Golden Wolf, Pentagram, and Block&Tackle. In 2017 he received a Distinguished Teaching Award for his work as an associate professor of motion graphics at Parsons School of Design, where he has been teaching since 2001.

School of Motion alumni work at
companies like these

We want to make sure you have a positive learning experience with us, so for any session based course you're enrolled in, you can request a refund up until the end of Week 3 of the course 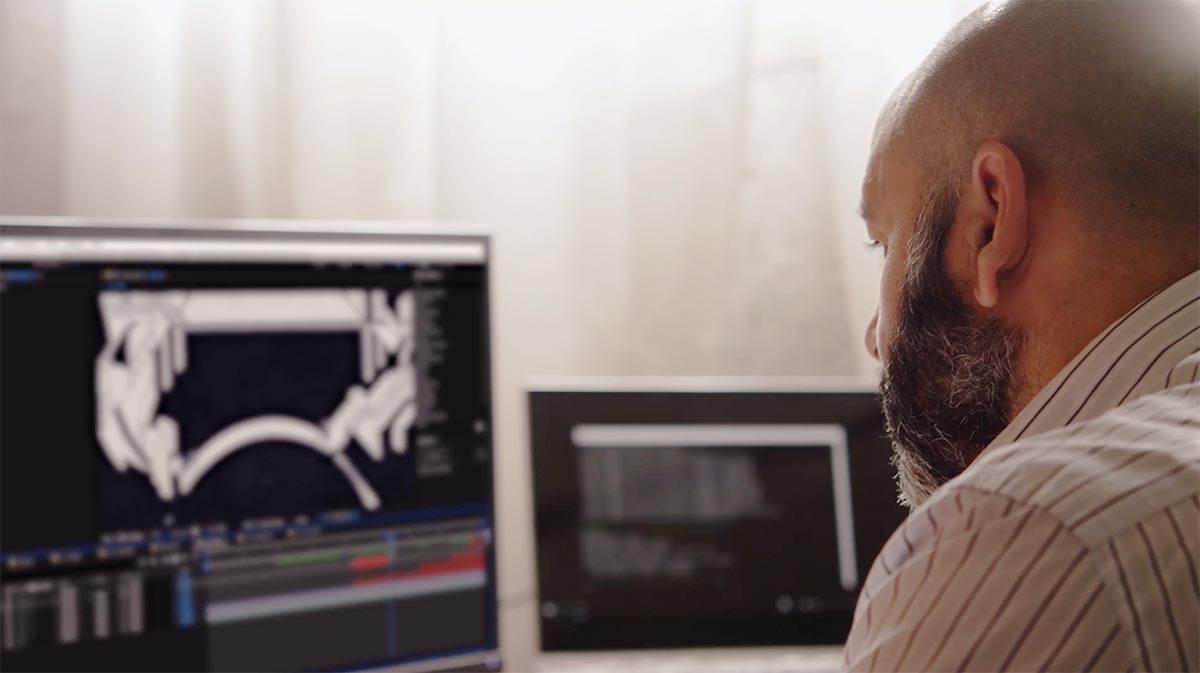 Join over 17,000 alumni around the globe

How do I know if this course is right for me?

By the end you will be able to animate a short advertisement-style explainer video with provided artwork.

What is the required software?

How much time do I need to commit?

After Effects Kickstart is an 8-week course. You'll have the flexibility to watch the course content and complete your course work on your schedule. However, you can expect to commit at least 15 - 20 hours per week on course material. The video lesson are 1-2 hours in length. There are 8 assignments total. Assignments are typically assigned on Mondays and Thursdays with soft deadlines the next day. We have designated catch-up weeks built into the schedule so students have extra time to complete their assignments if needed. There is also an extended critique add-on for those that want more time with a Teaching Assistant after the 8-week course or need more time to complete assignments towards earning a credential.

Please note: Video critiques change each session, so you’ll only have access to the video critiques during the session you're enrolled in. The written critiques you receive in your homework locker as well as the classroom content will also remain available to you forever!

What are the prerequisites?

There are no prerequisites for this course. The only thing you need to take this class is a desire to learn After Effects and an Adobe Creative Cloud subscription. We’ll take you from your first keyframes to your first completed :30 MoGraph piece.

What is the course format?

After Effects Kickstart is an 8-week course. Lessons become available at a specific time each week but you can watch them and do your work whenever it is convenient for you. The lessons include pre-recorded videos, podcasts, PDFs and assignments with working files.

All student work is critiqued by our highly trained Teaching Assistants. School of Motion TA's are professional Animators with real life experience in the industry. During the course you will be invited to a private classroom that contains all of the  students and Teaching Assistants in your session. This is a great tool for connecting, asking or answering questions, sharing thoughts or insights, and winning cool contests!

Do I get a certificate at the end of the course?

Yes, if you complete, submit, and have 70% of your course assignments approved by your Teaching Assistant you will be eligible for a Course Credential through Credly. With your Credly Course Credential, you can share your accomplishments across your social networks, the blockchain, or to print out yourself.

You will not recognize your work when class is over.

Our courses have been meticulously designed to simulate real-world situations so that you're learning best-practices from day one. You'll be challenged, supported, and celebrated by your fellow artists as you level-up in real-time.

Are you ready to take the next step in your career?