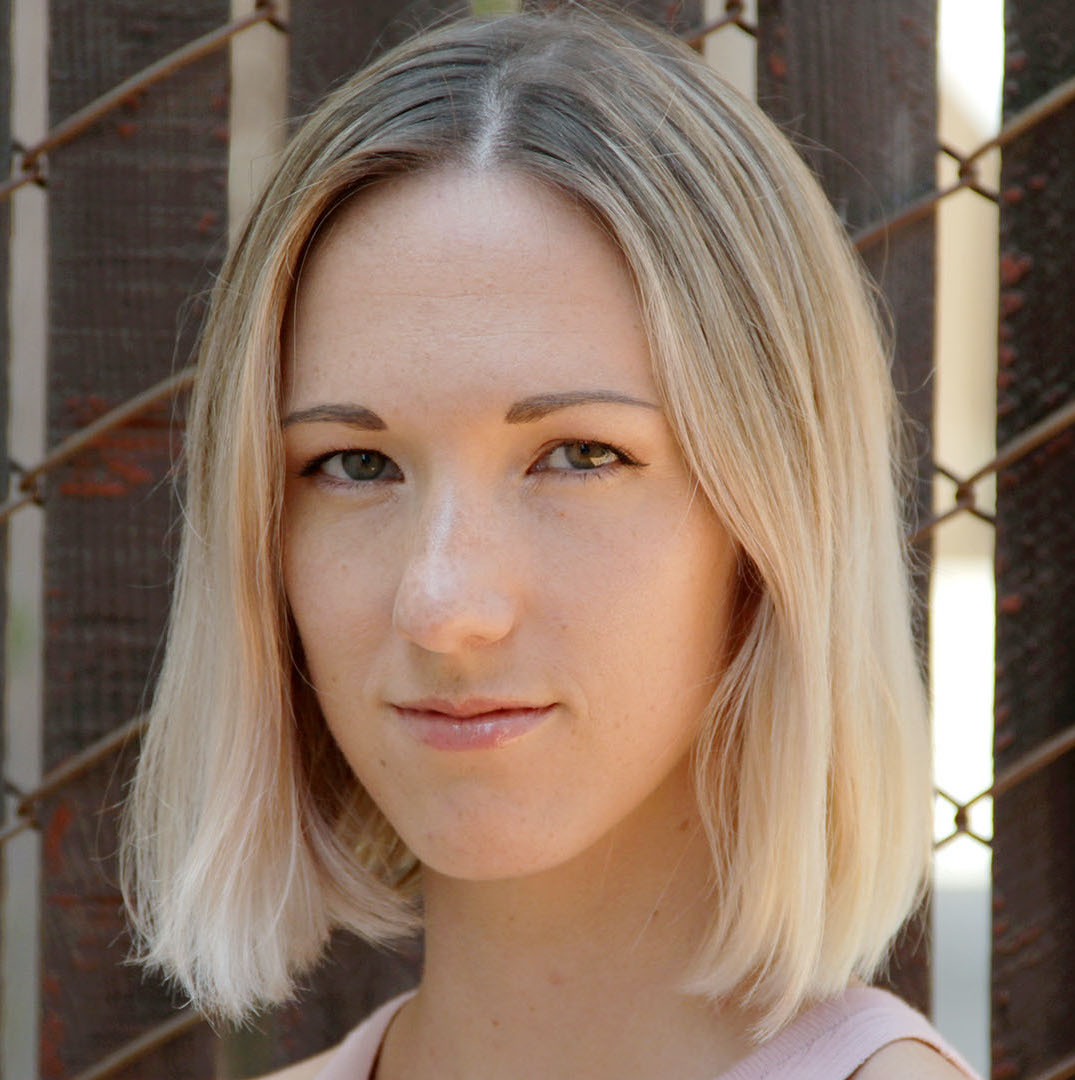 Erin Bradley says School of Motion "completely changed" her life. Not long ago, she was overworked and underpaid in an industry she didn't love — and then she remembered that time she tinkered with After Effects in college, and took the leap.

Erin completed four School of Motion courses (and is now on her fifth), signed on to help guide other students as an SOM Teaching Assistant, and dove in to personal passion projects. She compiled a creative, compelling reel, and landed a big gig with Truth, the youth-oriented anti-smoking organization known for its provocative and effective TV ads.

In this interview, we talk to Erin about how she ended up in motion design, why she's taken so many SOM courses, how assistant teaching helps the students and the TAs, the best ways to stay inspired and motivated, and where she's headed next.

How did you get into Motion Design?

I grew up in Hershey, Pennsylvania — yes, home of the chocolate bar.

I went to school in Philadelphia and lived there a few years before I moved to LA in 2017. I did not go to art school, and while may I regret that sometimes I’m still happy with where I ended up. I studied television production in Philadelphia, and at the end of my senior year I needed to make a title sequence for a pilot episode I had filmed for a class assignment.

I decided to open this program called After Effects and try to make something. I had no clue what I was doing, but I loved it... although I didn't think I would ever be able to work in it.

I got a job in television after I graduated and realized it was not what I wanted to be doing. The hours were bad, the pay was bad, and it wasn’t bringing me any joy. I had always done art on the side, and I wanted something that would mix in my love of art, while still allowing me to be connected to the entertainment industry in some way. I remembered how much I enjoyed making that title sequence in college, and I decided to see if I could really learn motion graphics.

Through a lot of work — and a lot of help from School of Motion — that eventually happened.

How did School of Motion affect your career?

Honestly, School of Motion has completely changed my career and my life.

That sounds dramatic, but it’s true.

Before I discovered School of Motion, I was trying to teach myself After Effects. On top of that, I was working full time with awful hours at a job in a different field that I really didn’t enjoy. I was able to learn a lot about After Effects and motion graphics on my own, but nowhere near the level to try and get a job; then, I found School of Motion.

I took Animation Bootcamp first, and worked my butt off to get every assignment in and really absorb the information. The community and alumni network was really important to me because, since I didn’t go to school for it, I didn’t know a single person who did motion graphics. Then I started applying the principles of what I learned in class to make my own short animations, gifs and things, and eventually had enough for a reel. I moved to LA shortly after with no idea what I was going to do. I got my first gig the day I got there, and I've had steady work since.

These classes all tie together nicely but also have distinct learning principles. I think it’s really important that I took Animation Bootcamp first, for example, as it provides a good foundation... and that was probably my favorite course — at least in part — because it's how I got my start and learned the fundamentals.

How is it being a TA?

I’ve wanted to become a TA since my first class! I loved the feedback I got and knew I wanted to be involved in School of Motion, eventually, in some way.

I love being there to help push students to use what they’re learning in the class and see it impact their work. They may not have the most technical skills or experience, but those who take critiques from their TAs and other students and then apply that to their work are the ones who really seem to thrive.

Plus, critiquing students has taught me a ton. I now have a sharper eye when watching anything; and seeing students approach assignments in all different ways is exciting and helps me be more creative.

How has SoM helped you in your career?

It’s great when you get the chance to get paid to work on something that can really show off your style and skills, but when you’re still getting established that isn’t always the case. A lot of the client projects I've worked on have involved creating small bits of graphics, or stuff I haven't been dying to show off.

But, this year I had the opportunity to work with 72andSunny and Hecho Studios on a spot for Truth. I worked on it remotely and did all the design and animation! It was a great experience making a schedule on my own, working within a smaller budget, and still having a fair amount of creativity. And I used a lot of what I learned in Explainer Camp, starting with an animatic and working up from there until we got to the final product.

My initial animatic and boards changed a bit from the beginning, but the whole process went smoothly because I managed to stay organized and on schedule.

So, what's next for you?

I’m in the process of practicing and learning illustration, and focusing on my basic drawing skills. I’m trying to draw daily, and that’s a lot of what’s on my social media. I also decided to start my venture into 3D, beginning with learning Cinema 4D, and that's why I'm taking Cinema 4D Basecamp this session.

A creative community like no other. Network, learn, and grow with us. Want to learn more? Tell us a little bit about yourself, and we'll send some information on how we can help.